Texas-based, hit Nashville songwriter Austin Cunningham returns to ASG to perform Friday Night Live at The Mockingbird and to conduct a songwriting workshop this Friday & Saturday. 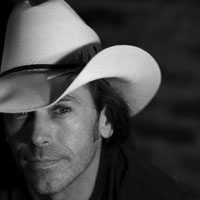 Songwriter Austin Cunningham splits his time between his home state of Texas and Music Row in Nashville, where he is among the top songwriters in the business. Over his career, he has written hits for Dolly Parton, Hank Williams Jr., Martina McBride, Winona, Chris Knight and many more. Some of his songs have also featured in documentaries and film soundtracks, including Ashley Judd’s Where the Heart Is and the Richard Gere/Winona Ryder film, Autumn in New York. Austin is also a songwriter who can deliver the goods in his live performances with vocal and guitar skills to rival his hit songwriting skills. On top of being a treasured writer and performer, he is also an excellent teacher of the craft of songwriting and is a popular instructor with many ASG songwriters.

He is in town this coming weekend performing a concert at ASG’s Friday Night Live at The Mockingbird, and will facilitate a songwriting workshop on Saturday from 11:30-1:30. The cost of the workshop is $25 for members and $40 for non-members and can be paid for at the door. Plan to arrive a little early to register so that the workshop can start on time.