ASG is honored to host legendary songwriter Butch Hancock this coming Sunday, May 3rd, from 4-6 PM at The Mockingbird Cafe for a private concert to benefit ASG. 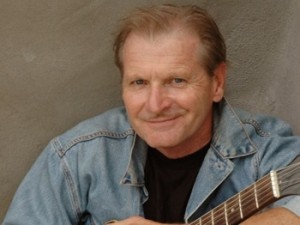 We are very excited about this last minute opportunity for ASG members, sponsors and supporters to attend an intimate private concert at The Mockingbird Cafe with Texas songwriting legend Butch Hancock this coming Sunday afternoon, May 3rd from 4-6 PM. The last time ASG members got to see Butch was at the 2014 Symposium when he and pal Jimmie Dale Gilmore participated in the Saturday keynote event. He has agreed to return to perform a concert to benefit ASG and we are honored by his generosity and look forward to spending what is sure to be an awe-inspiring performance from a true songwriter’s songwriter. If somehow you live in Austin, Texas and you are not familiar with Butch Hancock, read on for a brief, broad stroke overview of his illustrious career.

Butch Hancock is a genuine Texas songwriting legend, both as a solo artist and as a member of the legendary Flatlanders, along with his lifelong friends Joe Ely and Jimmie Dale Gilmore. A world traveling troubadour with a long string of recorded songs and albums, Butch has been called “one of the finest songwriters of our time” and is acknowledged by his peers and critics alike as one of the premiere singer-songwriters Texas has ever produced. His tunes evoke mystical visions of wind-swept dry-plains and his lyrics are profoundly imaginative, often displaying for his listeners the miracles that occur in the ordinary through creative irony and metaphors. His lyrical style has often been compared to that of Bob Dylan and Woody Guthrie and his songs have been covered by the likes of Willie Nelson, Emmylou Harris, Doug Sahm, Joe Ely, Jerry Jeff Walker, Lone Justice and dozens of other artists.

During his acclaimed career, Hancock has written and recorded several landmark albums, some of them sparse and simple, others as big as the West Texas sky, and some of which were with The Flatlanders. After moving to the progressive country hotbed of Austin in the mid 70s, he started his own label (Rainlight) and released the quintessential West Texas Waltzes and Dust-Blown Tractor Tunes in 1978. In the years that followed he continued to release albums deep with meaning and memory, a foundation that cemented his world-wide reputation as a master wordsmith. 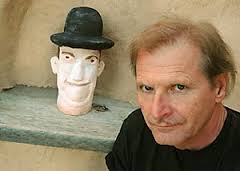 As a curious piece of trivia, in 1990, Hancock and more than two dozen musician friends staged an event worthy of the Guinness Book of World Records, entitled “No Two Alike” wherein they performed for six straight nights of live performances in Austin’s famed Cactus Café, recording 140 of Butch’s original songs without repeating a single song. He released the staggering output later in the year as the “No Two Alike Tape of the Month Club.” Recently, Butch reprised the event, this time entitling it, “No Two More Alike.” With a deep back catalog and the professional performance experience of a seasoned troubadour and storyteller, this event is expected to be a one of a kind, never to be repeated experience.

Tickets for the event are $20 each with all proceeds going to benefit ASG and The Mockingbird Cafe. Donations and sponsorships to benefit ASG are also accepted. This special event has come together very quickly and would not be happening at all if it weren’t for Butch Hancock generously giving his time to support ASG’s work on behalf of songwriters. It will also help to kick off ASG’s May Membership Drive, details of which will be announced on Friday May 1st.

To purchase your advance tickets online via PayPal, click the button below.

If space allows, there will be tickets available at the door also for $20; however, purchasing in advance online is recommended.