The Austin Songwriters Group has created a new, exclusive benefit for its members. It’s called “Guess Who’s Coming To Dinner” and it is for our members only.

Once a month we will meet with a very special guest for you to spend some intimate time with. 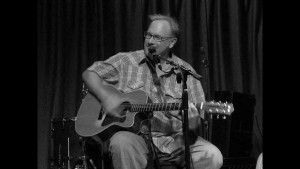 Marvin Dykhuis will be at the Mockingbird Cafe this Sunday the 20th of December for pizza and conversation starting at 7:30 PM with a concert to follow.

If you’ve never heard Marvin play you really need to come out for this show. Marvin is one of the most sought-after sidemen in Texas. He’s played alongside some of the greatest music legends including Tish Hinojosa, Ray Wylie Hubbard, Butch Hancock, Jimmy LaFave and so many more. Heck, we will just let Marvin tell you his stories over some pizza and beer (it’s BYOB folks).

Suggested donation is $10.00 and you can bring your own dinner, or buy pizza and soft drinks from ASG.

This event is for ASG members only. You can join ASG for as low as $7.95 a month. Go here for details http://www.austinsongwritersgroup.com/