“No one else quite sees lovers and others in all their full, flawed, glorious humanity as she does.” David McGee, Bluegrassspecial.com

Louisa is known as the first woman of national prominence to front a bluegrass band, playing banjo and to lead a band playing original material. She became a household name after prominent artists such Alison Krauss, John Denver, Claire Lynch, Jim Hurst, and Dale Ann Bradley recorded, performed and scored hits with her songs. Louisa’s considerable song catalog also crosses over into roots, Americana, and country Billboard Charts. She has the distinction of having penned “Steel Rails”, one of the longest running hits ever in bluegrass. “Steel Rails,” was on Grammy award winning projects by both Alison Krauss and John Denver. In addition, she has two World of Bluegrass Recorded Event wins to her credit along with award-winning songs and compositions going back to age 11, when she performed an original composition with the Birmingham Symphony. Her current CD, “I’ll Take Love,” garnered 4 nominations for the 2011 World of Bluegrass Awards and the #31 song in bluegrass for 2012. Louisa recently won the prestigious Chris Austin Songwriting Contest at MerleFest for her song “Stormy Night”, which is also on her latest album. Louisa brings a unique teaching style which has evolved over three decades of songwriting, mentoring and instruction, as well as 30 years experience as a transformational psychologist specializing in creative process and transformation to create lively, personalized, workshops with high impact. 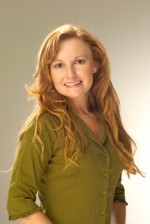 Louisa will be accompanied by Jeanette Williams, SPGMA Female Vocalist of the Year 2012, a distinction she also won in 2009. She has been nominated for this award six times and is currently nominated for 2012 IBMA Female Vocalist of the Year. Jeanette is also an award winning songwriter of her own merit, winning the prestigious Chris Austin Songwriting Contest at MerleFest in 2007. Louisa and Jeanette have forged a strong musical partnership, performing and touring together the last two years. They have both been involved in the Daughters of Bluegrass projects, together garnering another prestigious award for IBMA Recorded Event of the Year in 2009. SCHEDULE FOR THE WEEKEND:  Workshop: Saturday, Sept. 8th from 11:00 AM to 2:30 PM Concert: Saturday, Sept. 8th from 7:00 to 9:00 PM Private Appointments: Sunday, Sept. 9th from 1:00 to 4:00 PM Louisa’s workshop, “The Art and Science of Songwriting: Using Personal Experience to Write Powerful Songs”, will take place Saturday, Sept 8 from 11:00 to 2:30 at ASG. Louisa’s workshops are interactive or ‘experiential’ in her own words, so you can expect a fresh and unique approach. Jeanette will add an additional unique perspective to the discussion regarding what is of interest to an artist when you pitch a song. The cost of this special workshop is only $20. Space is limited, so sign up early. The first 10 to sign up will be invited to share a song for Louisa’s evaluation with the group. The evening house concert, ART AND SOUL: THE ORIGINAL MUSIC OF LOUISA BRANSCOMB, is open to the public ($10, $5 workshop registrants) and promises an evening of powerful songs and their stories at ASG’s Mockingbird Cafe in South Austin. Jeanette will join Louisa to round out vocals and instrumentation on the bass. The concert is open to everyone, so bring your friends and family out for this special musical journey told through the songs of one of the most revered and respected songwriters and one of the best vocalists in the acoustic music arena today. Louisa is also available for private appointments for mentoring or song critiques on Sunday, Sept 9 from 1pm to 4pm. The private appointments will be scheduled in 30-minute time slots at a cost of $30 each. You can add a second 30-minute appointment, also at a cost of $30. Space is limited for both the workshop and the private appointments. Do not be disappointed, register online today at the PayPal buttons below. SPECIAL NOTE: All events for the Louisa Branscomb weekend are open to all songwriters. You do not need to be an ASG member for this special event. Saturday evening’s house concert is open to the public as well. Louisa’s Professional Highlights include:

Selected Testimonials: “Crafting the acoustic music songwriter community.” Cliff Abbot, 2011, Bluegrass Today “You did more than teach me how to write songs. You transformed my life.” A Songwriter Student “Always 20 years ahead of her time.” Lance LeRoy, Manager, Lester Flatt Louisa is available for online consultation prior to the workshop at her regular consultation rates via PayPal at louisabranscomb.com