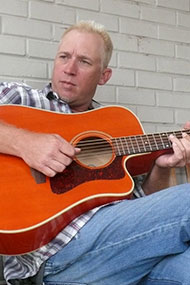 For hit music creator Phillip White, becoming a songwriter was practically a compulsion. “I couldn’t help it,” Phillip says. “I just always wanted to write songs”. Phillip is notable for co-writing such songs as “I’m a Survivor,” the omni-present theme song of the TV sit com Reba, and “I’m Movin’ On,” the Rascal Flatts smash that was named Song of the Year by the Academy of Country Music in 2002. Phillip’s songs have also been recorded by such stars as George Strait, Kenny Rogers, Jo Dee Messina and Blake Shelton.

Most recently, Phillip landed two songs on Scotty McCreery’s platinum album “Clear As Day” including the hit single “The Trouble With Girls”. Phillip also had two of his songs featured on the soundtrack for the film Act of Valor. These songs were recorded by Jake Owen and Wynonna respectively. In addition, Darius Rucker recently recorded the song “Lost In You” that he and Phillip penned together. Phillip currently writes for Sea Gayle Music in Nashville.