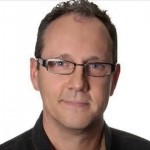 As a music industry veteran, Shelby Kennedy continues to utilize his passion for developing today’s music creators. Kennedy currently serves as Vice President, Entertainment Relations for TuneCore, one of the premier online music business companies serving independent music artists. Before joining Tunecore, he served a tenure at Lyric Street Records, where his involvement with SheDaisy and Rascal Flatts firmly established the label. He also introduced Alan Jackson to then burgeoning label Arista Nashville. In the recording studio, he works from both sides of the glass as a producer and a background vocalist. As a writer, Kennedy’s first cut was recorded by Ray Charles, and he counts Reba McEntire’s “I’m A Survivor” among his favorite triumphs.

Graduating from Belmont University in 1985, he received the inaugural Mike Curb School of Music Business Award of Excellence in 1996. He is a rare executive to have served writer and publisher relations for both ASCAP and BMI. He has been an adjunct professor for the Mike Curb College of Entertainment & Music Business at Belmont University and has served on Nashville’s Board of Governors for the Recording Academy Board as well as the Board of Directors for NSAI.

He hails from a musical family: his mother sang on The Louisiana Hayride; his father is legendary producer and musician Jerry Kennedy while his brothers, Gordon and Bryan, are both award winning songwriters. Music business success runs in the family.