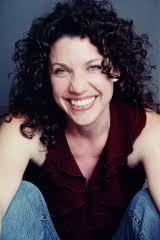 Georgia Middleman was born to be a songwriter, and even though she now makes Nashville her home, Texas is proud to call her one of its own. Born in Houston, Texas, Georgia was already on the track to a musical life by the age of 10, when she landed a steady gig singing favorite country tunes, like “Coal Miner’s Daughter” at Texas Star Inn in San Antonio. Before she hit her teen years, Georgia had already written and recorded her first song, and showing entrepreneurial drive by selling the song to her school friends at recess. A few short years later, she found herself opening shows for legendary artists, like Willie Nelson and Merle Haggard. By the age of 17, she found herself writing with hit songwriter, Dick Wagner.

While studying theater at NYU, Middleman appeared in several off-Broadway shows, while continuing to work on her songwriting craft. After college, she headed to Los Angeles to take up an acting career, but by 1992, her love of music redirected her life and she headed to Nashville.

While those first years in Nashville, found her working a string of odd jobs to make ends meet, Georgia continued keeping the music flame alive by performing in clubs at night and on weekends. By 1997, she found herself on the songwriting staff for Polygram Music, and in 1998, co-wrote Radney Foster’s single “I’m In,” which would later become a 2010 smash hit for Keith Urban.

Most recently, Georgia has been touring with her husband, Gary Burr, and Kenny Loggins as a member of Blue Sky Riders. This year marks her first appearance as a workshop facilitator for the ASG Symposium.