UPDATED!!! ASG is honored to bring you the largest and most complete roster of publishers we’ve had the pleasure of hosting for the private “Pitch to Publisher” sessions in the entire history of the ASG Symposium.

We are welcoming back our old friends Chris Oglesby, returning for his third Symposium, and Bobby Rymer, who is making his sixth appearance at ASG Symposiums. In addition to these two veterans, we are excited and pleased to also welcome first-timers Janine Appleton, Darrell Franklin, Chelsea Kent, and Hannah Showmaker. The value of developing a relationship with a publisher is immeasurable and something not easily accomplished locally because there are no music publishing houses in Austin. ASG brings the opportunity to develop relationships with active music publishers right here to you in Austin each year at the Symposium and throughout the year, because we believe it is vitally important.

Music Publishing veteran, Bobby Rymer, who has been working with ASG songwriters for over five years, has this to say, “Over the years, I’ve been fortunate to develop some wonderful relationships in the Austin area (both musical and personal) thanks in large part to the Austin Songwriters Group Symposium. Each year, the ASG Symposium brings together a diverse group of industry professionals and songwriters/artists of all levels who have the same goals…making those musical relationships. And in this business of music, relationships is what it’s all about.”

Introducing the Publishers for Symposium 2014 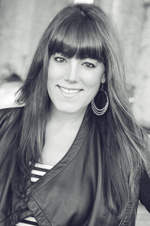 Janine Appleton is the Creative Director for WORD Entertainment for the Country & Pop genres. In this role, Janine has taken responsibility for expanding WORD’s interests into the Country genre, which is new territory for WORD. As she builds WORD’s Country division, she is actively looking to sign country songwriters. Janine loves songwriters, artists and, most importantly, getting GREAT songs cut. Before joining WORD, she was the Creative Director at THiS Music, whose catalog included songs such as Tim Nichols’ Live Like You Were Dying, Connie Harrington’s I Drive Your Truck, Blake Shelton’s Honeybee and All About Tonight, Josh Turner’s All Over Me, Jake Owen’s Anywhere With You, Luke Bryan’s I Don’t Want This Night To End, Thomas Rhett’s It Goes Like This, and recent CMA Song of the Year winner, I Drive Your Truck by Lee Brice. 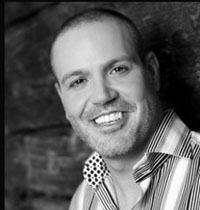 Darrell Franklin heads up Franklin Publishing and Writer Management, a music publishing joint venture with BMG, which focuses on both the signing of writers for development, as well as writer management. He is also partnered with and manages mega hit writer Jeffrey Steele, who is also a long time friend, along with Steve Robson who has co-written several major hits with Steele, including the Grammy Nominated What Hurts The Most, which has been re-recorded several times and become an international hit. Jeffrey Steele, who has over 500 songs recorded was inducted into the Songwriters Hall of Fame in October of 2013. Before Darrell started Franklin Publishing, he was the Executive Vice President of BMG Chrysalis in Nashville, which bought an earlier publishing company he started, Crosstown Songs. Over the years, while following his passion for A&R, Darrell has forged deep relationships in Nashville with many outstanding artists and songwriters, including Rascal Flatts, Keith Urban, Jewel, Faith Hill, Lonestar, Trace Adkins, Bon Jovi, LeAnn Rimes, Reba McEntire and John Paul White of The Civil Wars, among others. 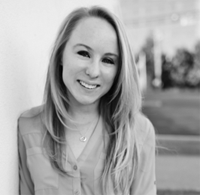 Chelsea Kent is a 22-year-old Texas native who is making her way in the Nashville world. Three months before her graduation from Belmont, she was offered a job from veteran producer Jimmy Ritchey (Jake Owen, Mark Chesnutt, Clay Walker, Greg Bates) and assisted him in publishing with Vibe Room Music/Crosscut Music, production and artist management. After a year of working with Jimmy, Chelsea was hired on as Creative Director at Still Working Music, a publishing company founded by the late Barbara Orbison to continue the legacy of her husband Roy Orbison. She currently works with writers Tommy Lee James, Terry McBride, Matt Nolen, Ryan Lafferty, Chase Bryant and Derrick Southerland.

Chris Oglesby, currently VP of Creative at BMG Chrysalis, is a 28 year veteran of the music publishing industry. In April 2004, Chris established Oglesby Writer Management, which quickly became part of music industry powerhouse 19 Entertainment/CKX, where he worked directly with artists on their writing, while also performing A&R services. He has worked with American Idol during the audition process and has been responsible for and part of a long line of major hit songs for many of today’s top artists, including Carrie Underwood, Rascal Flatts, George Strait, Kenny Chesney, Mark Wills, Tim McGraw, Keith Urban and Martina McBride, among others. He continues to maintain strong ties with all of his past associations, while forging new relationships as VP of Creative BMG Chrysalis in Nashville. This year is Chris’ third appearance at the ASG Symposium.

Bobby Rymer of The Writer’s Den, is a hands on publisher with an incredible ear and vast knowledge of music from all genres. The Writer’s Den strategy inspires long-term relationships by integrating support in all facets of the music business, while encouraging creativity in a fun, relaxed atmosphere. The philosophy of Writer’s Den Music Group stands clear: a commitment to focusing on every single song, which creates a unique hands-on style experience for both the writers and publisher. Over the past two years, Writer’s Den Music Group has earned prominence with cuts featured in movies and hit TV shows, including the current television sensation Nashville. Bobby has been an ASG supporter for over five years, making 2-3 trips to Austin each year, including the annual Symposium, to work with ASG songwriters. Over the years, many ASG members have developed relationships with Bobby that afford them a professional publishing contact to pitch their songs to, while giving Bobby access to potential hit songs outside the traditional Music Row channels. 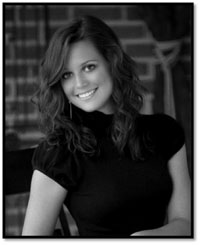 Hannah Showmaker of Parallel Entertainment works on both the management and publishing sides of the business, helping with day to day business operations, while also working with clients. “I’ve wanted to work in the country music industry since I was a little girl watching CMT and GAC,” said Showmaker. Originally from Charleston, MO. Hannah graduated from Belmont with a degree in Music Business and a minor in Public Relations. Before joining Tim Hunze and C.T. Wyatt at Parallel Entertainment, Hannah’s resume also includes time at Red Bull, The Country Network and PLAMedia.
Your registration to Symposium 2014 guarantees you one private Pitch to Publisher session. You will choose which publisher you wish to see and sign up for your time when you check in at the Symposium. If there is space available, you may also have the option of purchasing a second private Pitch to Publisher at the Symposium.  Stay tuned for upcoming announcements on signing up for your private Pitch to Publisher sessions at the Symposium.